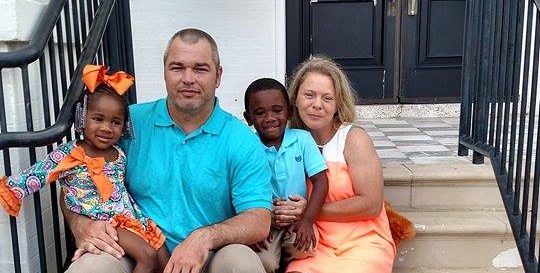 Michael and Belinda Coats first got their start in foster care after their daughter came home from church suggesting they adopt a little girl at their church who was being fostered and looked just like their other daughter. The girl’s name was Gweny. The girl had both a physical similarity and a nominal similarity since both Belinda’s mother’s name and Belinda’s middle name was Gwen. Not thinking much about it, Michael and Belinda soon forgot about the incident but later saw a banner with an “Adopt Us Kids” campaign while bowling on a date night and began to consider that maybe this was something they were truly being led to do.

Now, Belinda says they couldn’t imagine denying kids a family simply because they weren’t promised tomorrow with them, which is often the reason others give her as to why they can’t foster. However, they did get a “tomorrow” with two of their foster children, Martist and Nyia, when they adopted them into the Coats family. The Coats began fostering Martist and Nyia on June 13, 2013, but the siblings officially became “Coats’ kids” on August 18, 2015, joining Michael and Belinda’s biological children, Amber, Meaghon, and Michael. It was a day Belinda describes as pure relief and joy.

Take your next step. Become a TFI Advocate