Foster to Adopt: The Burketts’ Story 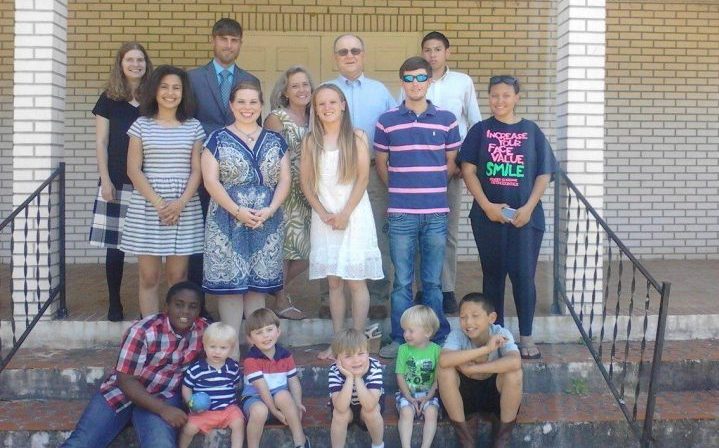 Lamar and I were married on August 22, 1981. When we realized we were not able to have children we began the journey of adoption. We began our journey in 1983 in Florida where we lived at the time. We chose Children’s Home Society as our adoption agency. We received a call on August 21, 1986 that we had been chosen to adopt a little boy, who we named John William. He had been born on July 5, 1986 and was six weeks old. What a great anniversary present!

Four years after John William was born we received a call that his birth mother was pregnant and wanted this baby to be placed with us. We had about 3 months before the baby was born. We were on the list for a “girl” since the agency only placed two babies to a family. They let us know that if the baby was a boy they would let us adopt again through them. It didn’t matter to us since we strongly believed that siblings should be together. Thomas was born on July 27, 1990. It was so awesome that we had been able to adopt John William’s brother!

We waited before we went back to the agency again. In 1995 we moved to Edison, Georgia when Lamar was called to pastor. In 2000, we contacted an adoption agency in Macon, Georgia called Covenant Care. We talked to them about a child that the mother was “talking” to us about adopting. This little girl is bi-racial and when we mentioned that to the agency, they said they did “special needs” adoptions. Fifteen years ago bi-racial children were hard to place so were considered special needs. The mother that was talking about us adopting her little girl changed her mind several times so we decided to go through Covenant Care to adopt a bi-racial little girl. We were approved in February 2001 and Mary Catherine was born on April 3, 2001. What a blessing!

Jared came into our lives in 2002. When we moved to Colquitt County in 2004, we were able to bring Jared with us. We adopted him in 2010 – he was 20 years old. He had aged out of the system at 18 and had joined the Army. We wanted to be his “legal” family although we were already his true family.

The children we adopted through the foster care system were older, but we believed that all children “DESERVE” permanency. We loved them and wanted to give them that.

Our desire is to fulfill the Biblical command in James 1:27 that says: “The religion which is holy and free from evil in the eyes of our God and Father is this: to take care of children who have no fathers and of widows who are in trouble, and to keep oneself untouched by the world.” (Basic Bible in English Translation)

Take your next step. Become a TFI Advocate