S4E8: Strategies for Making Your Marriage a Safe Haven 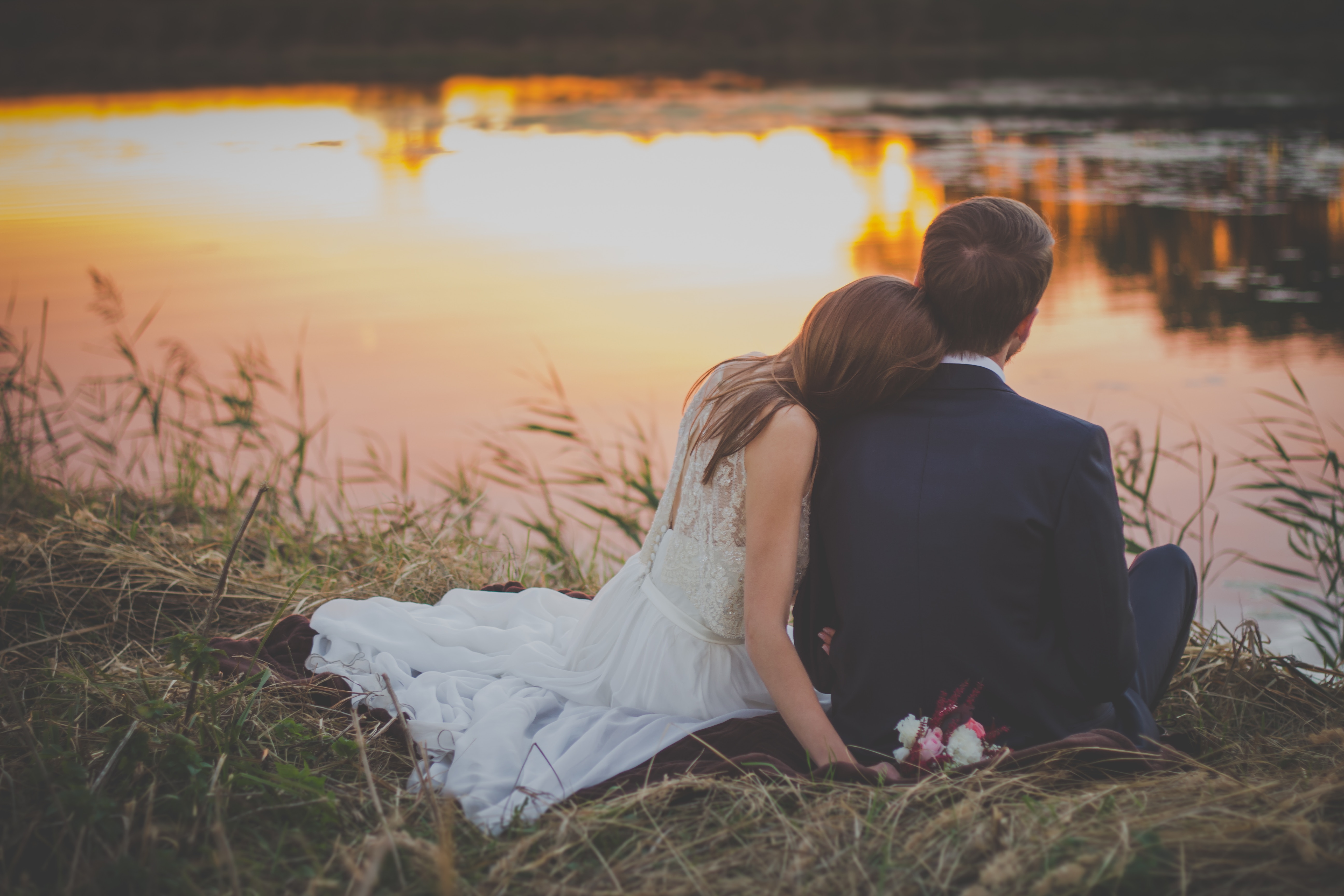 "We practice immediacy [in our marriage]—in a conflict or disagreement, we re-establish and affirm that you are more important to me than this issue."

Beth Guckenberger and her husband Todd have been married more than 25 years and, between biological, foster, and adopted children, they have raised ten children. In addition, they also work together as Co-Executive Directors of Back2Back Ministries, an organization that is dedicated to being a voice for orphans. They have found some unique strategies to keep their marriage strong and vibrant, enabling them to better serve those they have been called to serve. Beth shares these and other ideas in this can’t miss episode!

About 13 years ago, when Beth and Todd had four children under the age of six and were fostering five teenage girls, Beth found that the pressure of relationships and responsibilities she carried every day left her depleted. “I didn’t have anything left for my husband, and he was feeling much the same way. There we were, trying to build a vibrant, healthy marriage on fumes.” Their marriage was not in crisis—there was no great falling out or issue they had to face. But they decided they needed to make some adjustments.

“I kept thinking, ‘I can’t imagine this is what marriage is supposed to be,’” Beth says. There was no sin, they were still friends and intimate and talking with each other—but the thought that marriage had to be better than this kept coming to mind. She wondered, “What if we could do [marriage] God’s way? It would be better than we ever imagined!”

Strategy for catching the “little foxes”

She read Song of Solomon and was struck by the reference in chapter 2, verse 15 about “catching the little foxes in the vineyard.” These are the little issues that can eat away at a strong relationship. She shared her thoughts with Todd, which prompted a series of conversations about their own “foxes.” Some of them were innocent—things like fatigue, being overwhelmed, having a lot of responsibilities. Others were more significant—resentment, unmet expectations and disappointment. Their discussions helped them realize that they could take their marriage to another level by spending deliberate time each other.

They decided that for two hours every night, they would spend time together, connecting as spouses—not as coworkers, parents or companions, but investing in their husband/wife relationship. Making this was a challenge in the beginning—especially getting their household settled by 9:30 p.m. But with consistent and insistent redirection, their children became accustomed to the pattern. After a while, the children knew that they could interrupt their parents between 9:30 and 11:30 p.m. only if there was a true emergency.

Another hurdle they faced was the fact that women and men think differently. “I could physically be in the room at 9:30, but I wasn’t there emotionally, because I was still thinking about the things that had happened throughout the day,” says Beth.

Using a word picture from Shaunti Feldhahn, Beth describes it as men having brains like screen savers (they are focused on the thing in front of them), while women are like pop-up windows. They added the phrase “I need to close windows” to their vocabulary, alerting each other that one of them needs some time and space to finish doing some responsibilities prior to 9:30. Then they work together to get those things done so that their time is preserved for building their own relationship.

“Sometimes I just need some time to myself,” says Beth. She may skip dinner with the family and grab a 30-minute nap. “I usually eat breakfast and lunch with them, so I don’t feel guilty about not having dinner if I need time to myself!” Through this investment in her own reserves, she has time to give to Todd.

They’ve tweaked the system and process over the years, so now their time is simply relational. At a certain time of the night, all other things become less important. Their children learned that their primary relationship in the house was with each other—and it had a very high value.
The most important thing was they began to see positive effects of this time spent together almost immediately.

One benefit that the Guckenbergers have experienced is the fact that they don’t feel like “life just happens—we are more intentional about it through the environment we created.” It has become their “deep breath” and the best part of their day.

Beth says the structured time she and Todd spend on a nightly basis, their “deep breath” time, has lessened the pressure for out-of-the-house date nights, weekends away or weeks away. They have lowered expectations for these times together to be “perfect” because of their nightly connection. “The special events simply become an extension of what we’re doing on a nightly basis.”

Their strategy for closing windows throughout the evening has allowed Beth and Todd the time to refocus on each other. Another benefit is that this time together has eliminated the need to “escape.” They discovered that “when we are intentional about our time together every night, it’s more like a retreat…we don’t feel the need to ‘escape.’”

One strategy that has helped is that they set parameters on what they will discuss during this time. It’s hard to never talk about work or their children, but when they do, they focus on their feelings, not on strategies to accomplish something or solve an issue concerning a child. It’s a time to simply let each other know what is happening inside.

Unmet expectations, or as Beth calls them, “premeditated resentments,” are issues that can divide and cause distrust in a marriage. To combat these feelings, which usually aren’t realistic or fair, they have come to a place where they have given each other the freedom to trust and respect the other’s decisions. Through their focused time at night, they’ve learned to trust that the other person has a reason for doing something, even if you yourself would prefer a different action/response at the time.

When those inevitable conflicts do come up, they don’t rely so much on conflict resolution, but rather on “immediacy.” “We practice immediacy—in a conflict or disagreement, we re-establish and affirm that you are more important to me than this issue,” explains Beth. Even if one person doesn’t agree or wouldn’t have done something the same way, immediacy means the relationship won’t be broken over that choice, decision or action.

One example Beth shares regarding immediacy also includes a great way to incorporate daily Bible time. She had been experiencing fear and dark thoughts a few years ago post surgery and had been in a lot of pain, so much so it was difficult to read. She found that the Bible app on her phone had an audio feature, so during times when she felt afraid, she would listen to the Bible (especially the Gospels).

During one disagreement, Todd had to leave to take one of their children to practice; while he was gone, she started listening to her Bible app—even in her anger. Once Todd returned, the verse about a house divided against itself cannot stand played. They were both struck by the Truth, and it connected them even in their disagreement. “We were reminded to keep the biggest thing the biggest thing—the most important thing is that our house is not divided.” If you keep that focus, most other stuff works itself out.

Loving on the kids

Even though Beth and Todd have a large family, she has made it a priority to spend 15 intentional minutes every day with every child. It’s a way to see them one-on-one and touch base with what’s going on with them. As a result, the kids don’t compete for attention, because they know they will get their own chance to talk face-to-face with Mom every day. They know they are seen. It builds mutual respect, as Beth says they now ask her about what’s going on in her life.

She asks simple questions, like “Who did you see being kind today?” or “What are you grateful for?” For older kids, she asks “What was your happy and what was your crappy today?” These simple conversation starters allow her to parent within the context of their lives.

They also parent each child individually—each child may have a different rule about a certain aspect of their life. These rules are based on the needs of each particular child—they don’t default to one-size-fits-all parenting.

When dealing with relationships with others outside their family, Beth has taught her children a strategy about who to tell how much and how much to care about what others think. Some people in your life are in your house, others on your front porch, still others in your yard, the rest in your neighborhood.

When people ask a question, determine where they “live” in your life. If they are in your house, answer with all detail to the questioner’s satisfaction. Those on the front porch are your community, close friends, accountability partners and the like. Those in your yard or in your neighborhood don’t need a total explanation, especially for difficult questions that may arise in a multi-racial family. Teaching them about sharing information with others helps protect them from unkind responses. 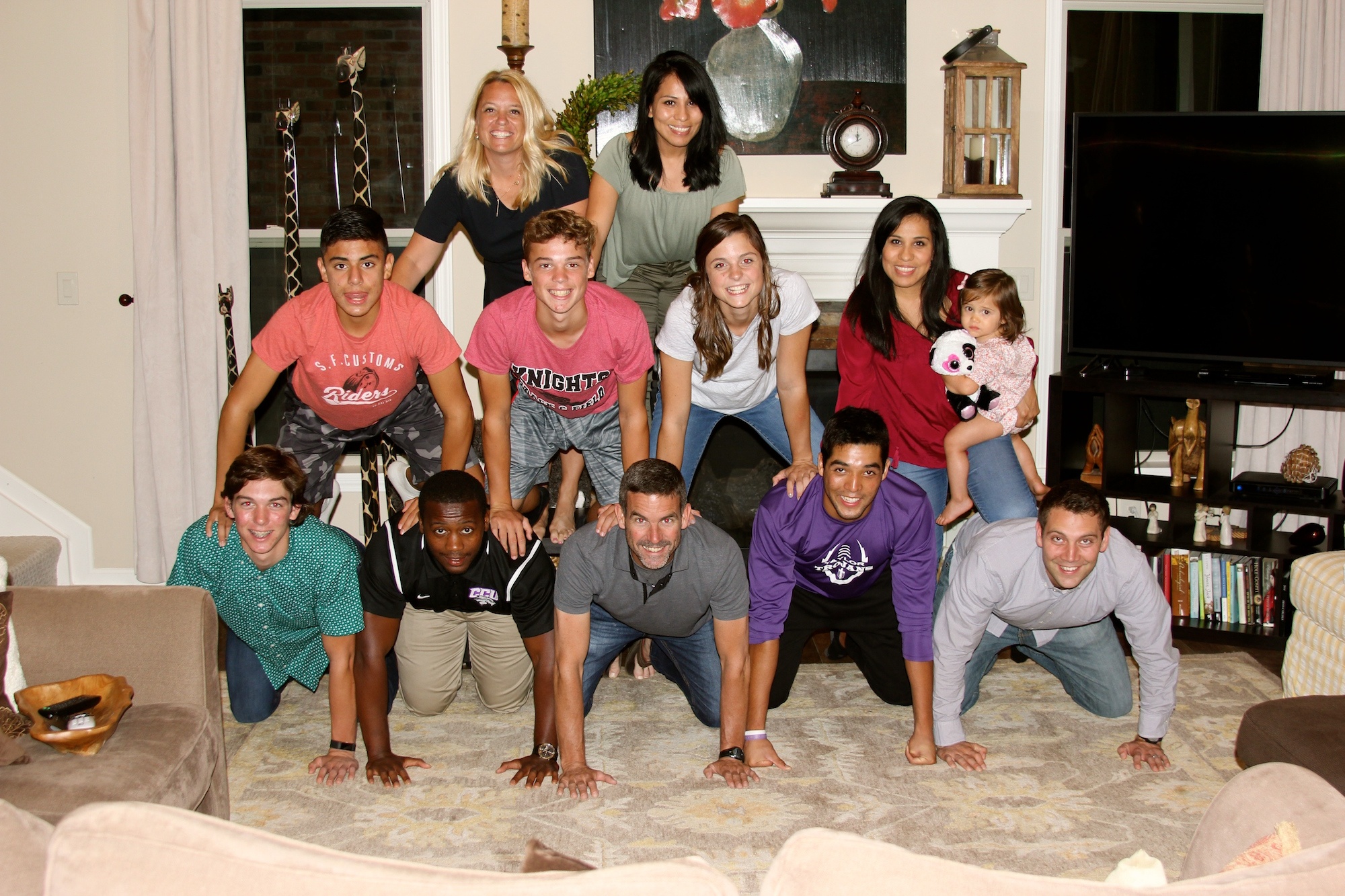 Beth and her husband, Todd, live with their family in Cincinnati, Ohio where they serve as Co-Executive Directors of Back2Back Ministries. After graduating from Indiana University, the Guckenbergers moved to Monterrey, Mexico where they lived for 15 years. Beth is the author of eight books, including adult and children’s titles. Her latest book is Start With Amen. 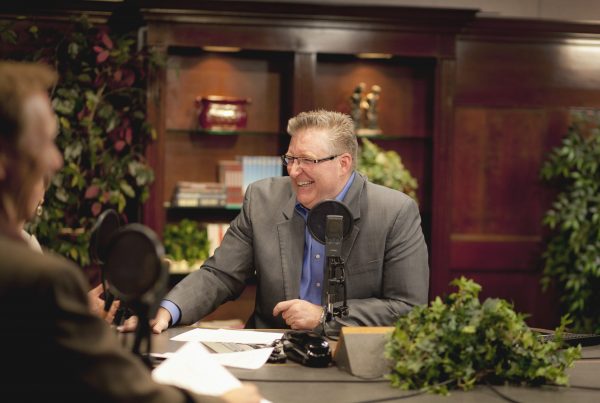 S3E5: How Foster Care Became a Passion to Help Others

Mitch Nelson | Podcast | No Comments
Jim Daly, President of Focus on the Family, shares his personal journey of being a child in foster care and explains how going through that painful time created a passion in him to work on… 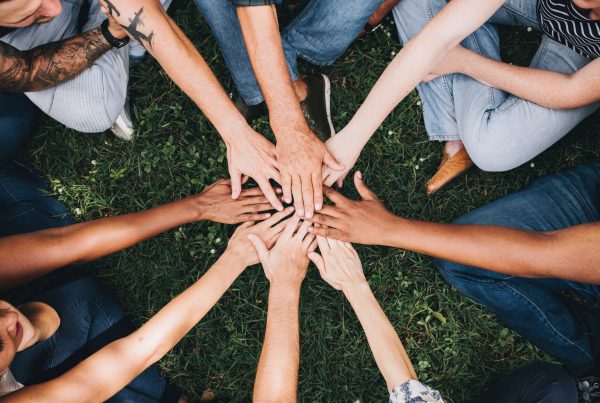 Advocating for The Foster Care Community with The Forgotten Initiative – S7E3

Jami Kaeb | Podcast | No Comments
When Josh and Liz saw a need within their foster care community, they knew they had to do something about it. Instead of launching and fundraising for a new nonprofit, they joined up with The… 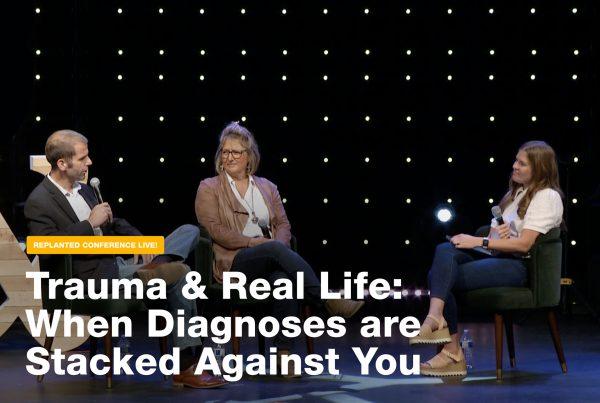 BONUS: Trauma & Real Life: When Diagnoses are Stacked Against You

Jami Kaeb | Podcast | No Comments
I sat down with Jessie and Carrie, whose stories are connected and intertwined in powerful ways. This was a very inspiring conversation, and I'm glad I can share it with you today!

encouragementfoster caremarriage
Take your next step. Become a TFI Advocate