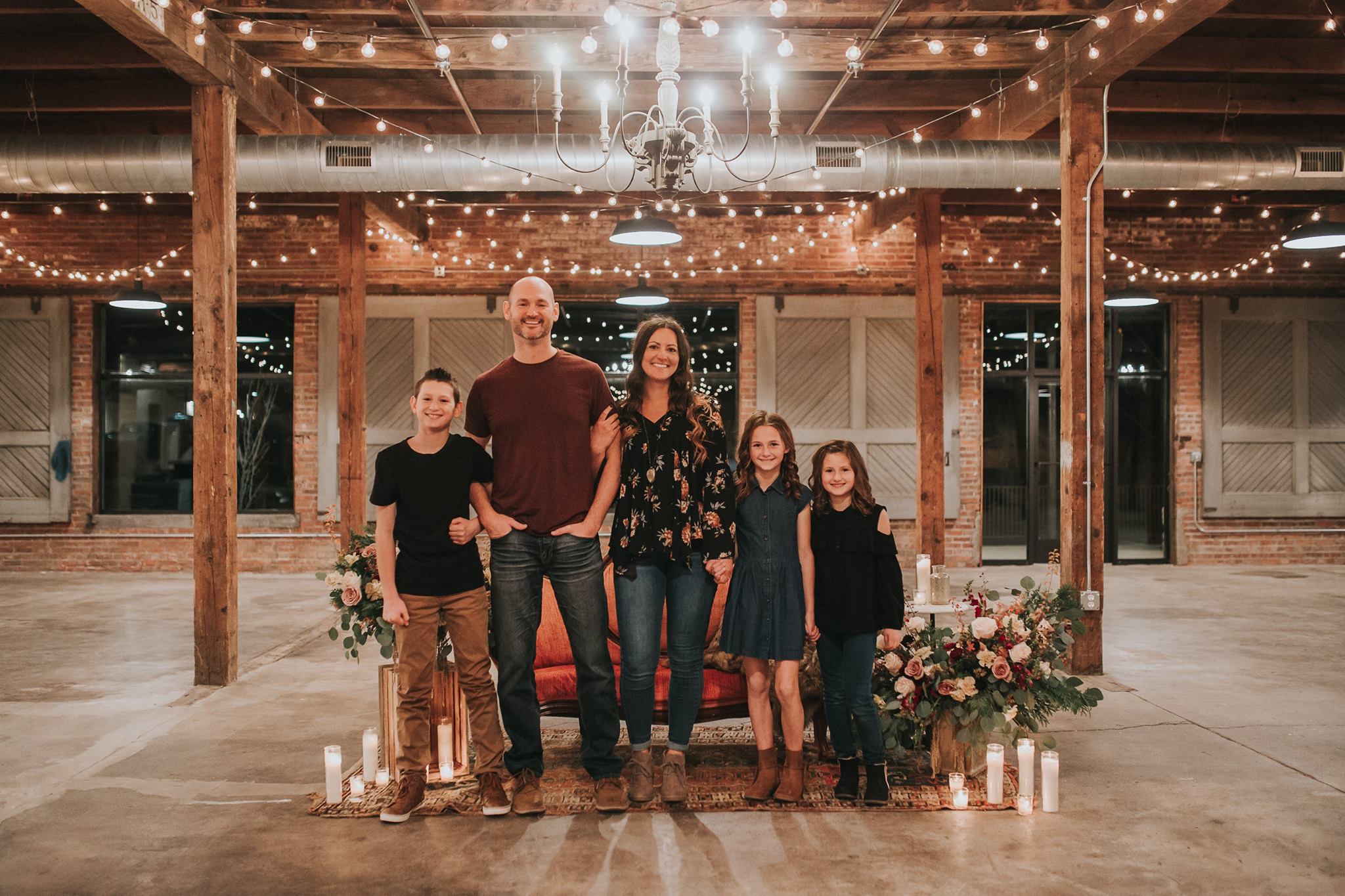 "My husband told me, ‘You never make a mistake taking in a child who needs a home.’"

Courtney Strahm and her family didn’t know much about foster care until just a few years ago. But they became aware, and awareness led to action. Listen to Courtney’s story of how God called and provided for them, in good times and hard times, to make a difference in the lives of kids in foster care.

Although Courtney knew about God’s heart for adoption (her mom was adopted as a baby), she really didn’t know much about foster care. A few years ago, Courtney and her husband, Jason, watched and observed as their best friends went through the process of trying to adopt internationally, then for various reasons began taking foster parenting classes instead.

Then, Jami (Kaeb—TFI’s Jami!) spoke to a women’s group at Courtney’s church. Although Courtney didn’t get to hear what Jami said firsthand (she was serving in the nursery at the time), her mother mentioned that she thought Courtney would like what Jami had said. Jami and Courtney met and became friends and soon after, Jami asked if Courtney and Jason would consider serving on the Advisory Board for The Forgotten Initiative.

“We hesitated at first,” says Courtney. “We didn’t really know much about foster care.” But they decided to say yes to this “tiny little thing,” then their best friends took placement of a little girl, as well as the newborn biological sister of the girl.

All the while, Jason and Courtney were slowly learning about foster care, predominantly through their involvement with TFI. “One day my best friend called and said, ‘Guess what? You’re pregnant and due in December!’” That was her way of encouraging Courtney and Jason to get even more involved with foster care: The biological mom of the two girls they were fostering was pregnant again, but Courtney’s friends knew they couldn’t take the placement.

Jason and Courtney did end up calling DCFS and going through the foster parenting classes so that they would be done by December in anticipation of having this baby placed in their care. As often happens when we plan, God’s plan was different: the baby ended up staying with mom, which ended up being good as Courtney became sick and needed minor surgery and the Strahms moved. All of that would have been extremely difficult if they had been caring for a child, so their foster care story was a little delayed.

Getting that first phone call

The Strahms finally received “the call” in September 2016 and took placement of a nine-month-old boy. They had agreed that they would only care for children who were younger than their own biological children, so they were excited to get a call about a baby.

There was a lot of excitement, and a lot of nervousness. “My emotions were all over the place,” Courtney admits. Adding to the intensity was the fact that Jason was out of town, plus they had only about a half hour to prepare before heading to the hospital to pick him up. “My mom and sister were so helpful—they made the Target run for supplies while I got the kids together and went to the hospital.”

“It was so emotional to see him with his grandma,” remembers Courtney. “I could just feel the weight of the emotion it took for his grandma to hand him over. I promised her we would take care of him as our own.”

They knew Grandma was working to get him back, and about six weeks later, he went back with her. “We were grateful to have had the opportunity to love him for those six weeks,” says Courtney. The Strahms still have a positive relationship with the child’s grandmother, so they still have a supportive role in his life.

Having a hard placement

In late January 2017, Courtney got a call regarding placement of a sibling set of three. Their youngest biological child was only six at the time, but this sibling set wasn’t younger. In fact, each of the kids was just a little older than their own—6, 9, and 12 years old. When Courtney asked Jason what he thought, he was hesitant at first, but they both felt at peace with the decision to say yes. “We had no reason to say no,” says Courtney.

“Our kids were so excited—they were jumping up and down. Plus, we had such support from our church family.” The entire time they had the sibling set, the Body of Christ brought meals and supplies—“I don’t think I had to cook a dinner for the first few months!” Her advice for when people say they want to help is tolet them. “It’s a beautiful thing to be ministered to by the Body of Christ in a time of need—they helped with everything: food, cleaning, laundry.”

The children arrived at 10 p.m., and almost immediately Courtney questioned the wisdom in accepting the placement. There were challenges of simply having older kids and now having six kids of similar ages in their home. “It was scary from the minute they walked in the door,” she says. There were many fears and unknowns of adding three kids who were in the midst of a major life transition.

Courtney immediately went into “mom” mode and asked questions about their favorite foods, likes and dislikes—simply finding out information that would help the Strahms make them feel more comfortable. “Even though I was thankful they could stay together, because I think it was helpful for them, I wasn’t sure we should have said yes.”

When she shared her concerns and doubts with Jason, he reminded her that “you never make a mistake taking in a child who needs a home.” It was definitely a case of becoming aware of a need and then not being able to look back.

The siblings stayed with the Strahms about six months—and there were a lot of hard days. The children had been through trauma and many of their behaviors stemmed from that trauma. “God was faithful and sustained us every day. God gave us the grace to do this.”

Making the difficult decision to say no

After the six-month point, it was becoming obvious that for the health of their own family, they would need to break the placement. “It was a hard realization to decide that the kids would have to go somewhere else,” she admits. They felt as if they were just keeping their heads above water and saw the toll it was taking on their own children. Things needed to change.

Courtney had found one of the siblings’ previous foster moms on Facebook and they built a relationship. Once she knew Jason and Courtney’s heart, she was willing to take the kids back.
“It was devastating telling the kids and telling them they had to pack their bags for another home…even though we told them we loved them.” It was hard on everyone emotionally, but they knew their decision was ultimately best for the children as well as for their own family.

Courtney says the Enemy tried to convince her that she couldn’t do foster care, that she wasn’t the mom the kids needed—even made her question whether they had ruined their own kids. But “the Lord has created a beautiful picture” for her to remember when she felt attacked:

“The middle daughter accepted Christ while she was in our home. If that was the only reason we had them, it was worth it.” When the children had come into their home, this middle daughter had moaned as a way of self-soothing as a result of the trauma they had experienced. She eventually transitioned and began talking more to Courtney.

One day she came home with cross earrings and told Courtney she was a Christian. They talked through it and she explained in such a way that Courtney knew she understood the decision she was making–to invite Jesus into her life! “So it was not in vain, since she’s been forever adopted into the family of God. We were happy that we could be the ones that offered her this hope.”

For those who fear foster care

Courtney suggests for those who are contemplating becoming foster parents to find out more about what the needs are and find out more about foster care. “I know God had started to work before we even had a clue about foster care because years prior we had chosen a family verse. It was Exodus 24:7 “We will do everything the Lord has said and we will obey.” He is faithful.

“If you are terrified of foster care, just remember you can do it—you absolutely can do it. You have Jesus—these kids deserve to have the love of a family and a place where they can learn about the love of Jesus. So much beautiful comes out of this mess.”

Courtney and her husband Jason are parents of three biological children and have fostered four in the short time they have been foster parents. The Strahms serve on The Forgotten Initiative’s Advisory Board and live in central Illinois. 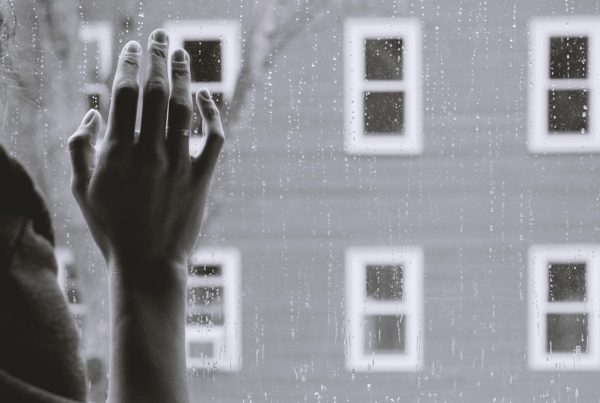 S6E8: Journeying Through the Hard Goodbyes in Foster Care

Jami Kaeb | Podcast | No Comments
Foster care is a journey of love and loss, not only for the kids in care but for foster families too. In today’s episode, Kim Young of The Bair Foundation, helps us prepare for and… 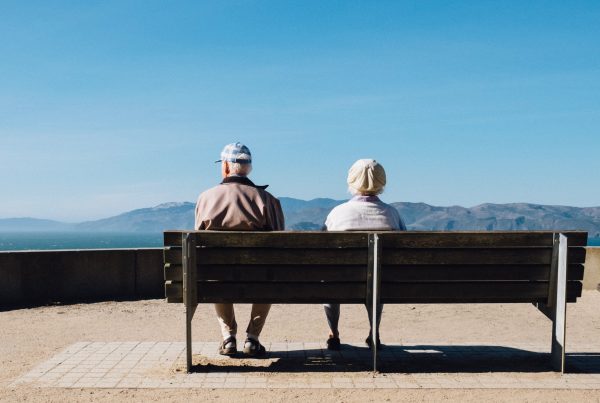 Mitch Nelson | Podcast | No Comments
Mary Slager will challenge your thinking about getting involved in foster care. You’re never too old to get involved somehow…and it may be that you’re called to foster children even after your own children are… 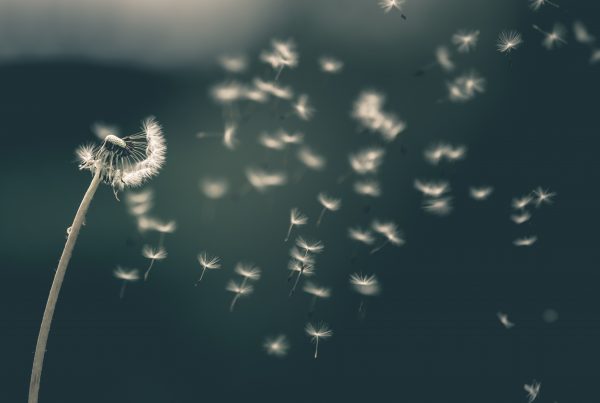 S3E6: What Adoptees Wish We Knew

Mitch Nelson | Podcast | No Comments
Lynne Ellis-Gray knows what it feels like to wonder about biological parents. Adopted as a baby, her parents did the “right” things by sharing her story in a positive way and made her feel chosen…