Dear Foster Parent, It Takes Courage to Still Be Here 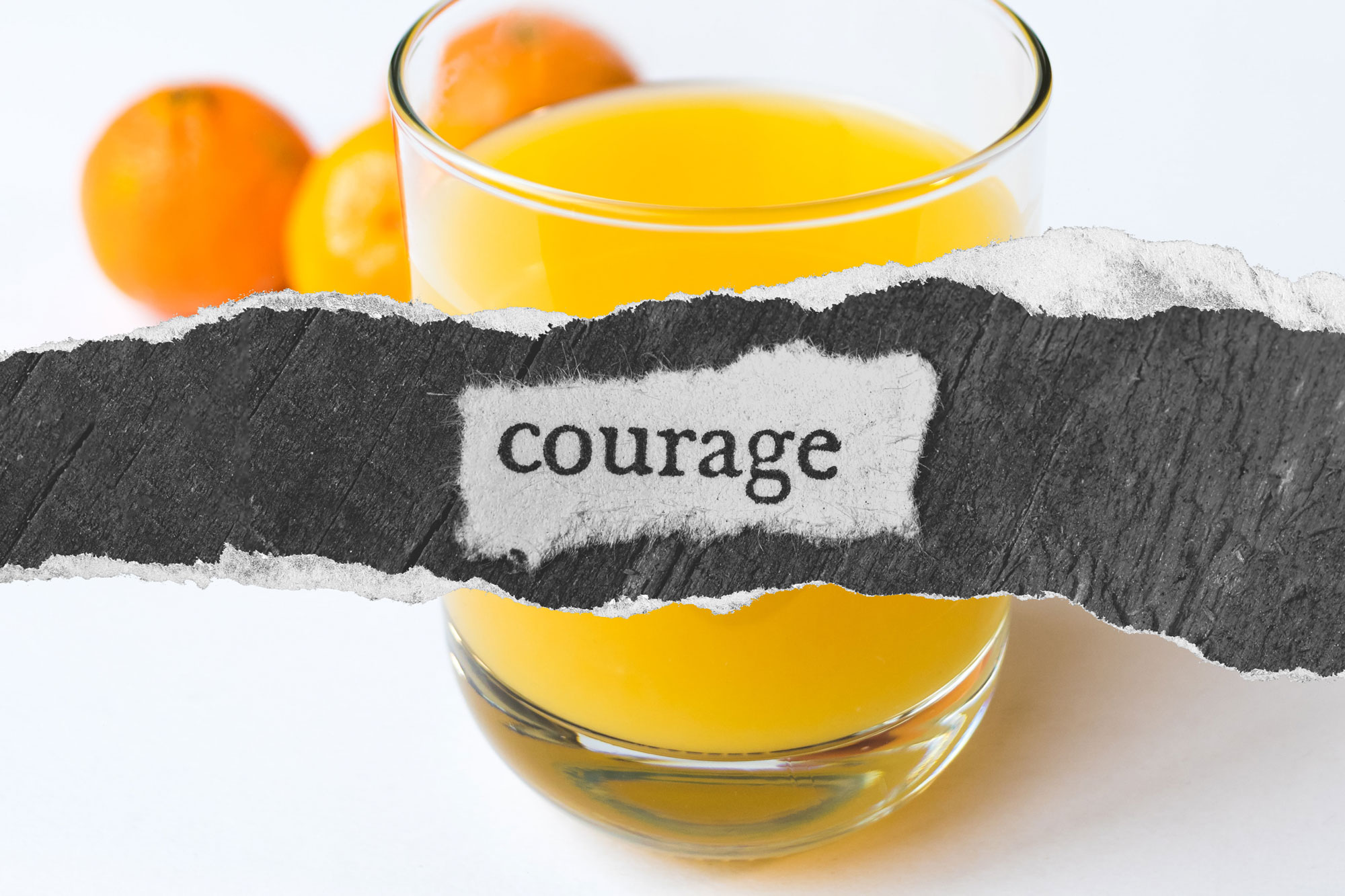 Have you ever drank orange juice after just brushing your teeth? Disgusting, right?! If you’re someone that could withstand the awful taste and actually drink the orange juice, then power to you. It’s guaranteed that I would spit it back out.

In all honesty, that’s how I felt about vulnerability and courage growing up as a child in the foster system. I don’t think I could come up with a better metaphor.

Courage, just like toothpaste, was a comforting component of my morning routine.

Wake up. Put on my armor of courage. Go about my day.

If I ever happened to accidentally stumble into some vulnerability then I’d spit it out, proclaim my disgust for what just happened, tighten my armor of courage, and keep on pushing like nothing happened.

In my immaturity and brokenness, I began to believe the lie that vulnerability and courage are opposites. That they do not co-exist. Water and oil. Orange juice and toothpaste.

A few weeks ago, I came across a Brené Brown speech. She said that after decades of research, “You will not be able to find ONE example of courage that doesn’t start with vulnerability.” She didn’t seem to agree with my orange juice and toothpaste theory.

And I don’t blame her, but I still tried to think about all the possible examples that could disprove her theory. And as I did that, I ended up doing the opposite and confirming it as my mind continued to go back to foster care. I couldn’t help but to think about how brave, courageous, and vulnerable you have to be to choose to be a foster parent.

Vulnerability is scary because you are opening yourself up to the possibility of being hurt – of being rejected. As a foster parent, it’s well-documented that you are constantly making decisions that leave you vulnerable. Honestly, that is what scares a lot of people off. But we don’t talk enough about the courage that it takes to still be here.

To continue to say yes to vulnerability.

To continue to say yes to renewing your license.

To continue to say yes to the lack of support.

To continue to say yes to loving on children with broken hearts.

To continue to say yes to loving on children despite having experienced heartbreak in the past.

It takes courage. Courage takes vulnerability. And at times, vulnerability can feel like weakness. But man, oh man, do I have a Scripture for you.

But he said to me, “‘My grace is sufficient for you, for my power is made perfect in weakness.’ Therefore I will boast all the more gladly about my weaknesses, so that Christ’s power may rest on me. That is why, for Christ’s sake, I delight in weaknesses, in insults, in hardships, in persecutions, in difficulties. For when I am weak, then I am strong.” (2 Corinthians 12:9-10)

And our God embodied this. There is no greater example of vulnerability and courage working in tandem than the cross. Our Savior willingly took on vulnerability when He became flesh (John 1:14) and showed unbelievable courage as he carried the burden of the world’s sins (Galatians 1:4).

Our world wants us to believe that courage is the absence of vulnerability and that’s a lie. I believed that lie as a young boy in the foster system. But as an adult, those lies begin to lose their power because you start to see them for what they are; I have been able to fully bask in the freedom of vulnerability AND courage through the Holy Spirt and the Word of God. I dropped that old, dusty, dollar-store armor of courage and picked up “the full armor of God” (Ephesians 6:10).

Please don’t give up. 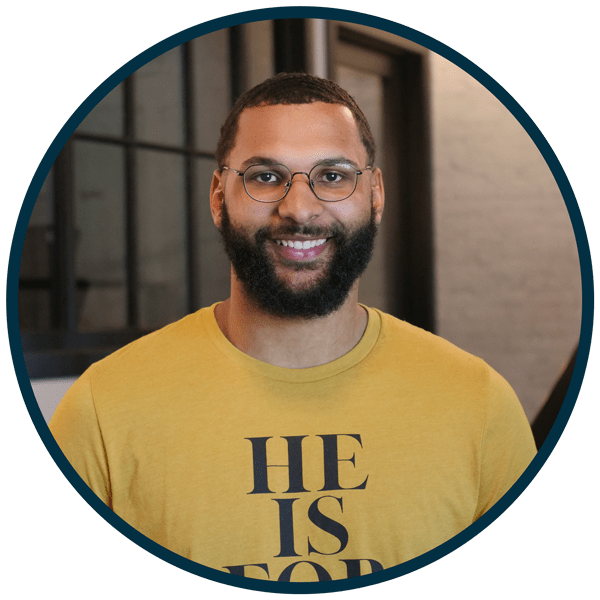 Competitive, outgoing, and passionate are three characteristics Gaelin brings with him wherever he goes. He enjoys spending time with people, thought-provoking conversation, and a challenging board game. Gaelin also has a deep passion for biblical justice. After a difficult childhood and upbringing, God gave Gaelin a heart for all those who are forgotten or overlooked. That heart and passion drives everything he does. Gaelin and his wife, Micaela, are new parents to a wonderful daughter and can’t wait to see what’s in store for their family.

Listen to Gaelin’s story on The Forgotten Podcast ➔ 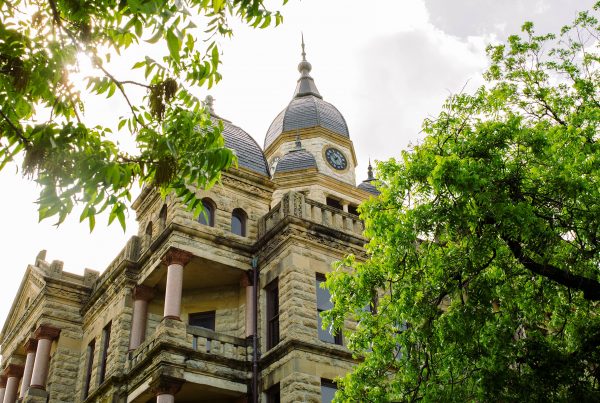 Court Was Already Hard. COVID-19 Made it Harder.

Austin Savage | Blog | No Comments
The whole week before our latest court date, my wife and I struggled to sleep. We were less productive at work and, even though we regularly gave the outcome over to God, the uncertainty just… 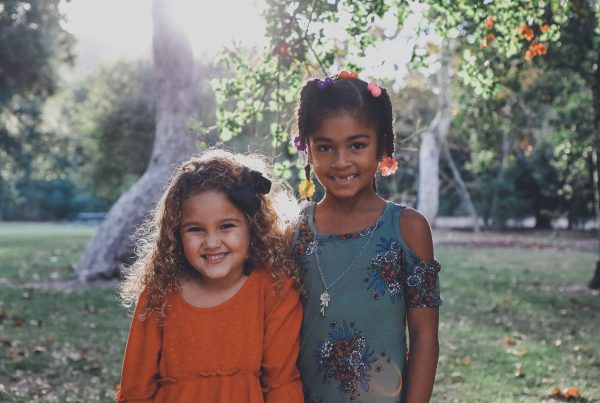 Holly Gnuse | Blog | No Comments
We want to see people everywhere supporting the foster care community and experiencing Jesus together. This isn’t just a great tagline here at The Forgotten Initiative, but it’s the vision we’re passionate about. It drives… 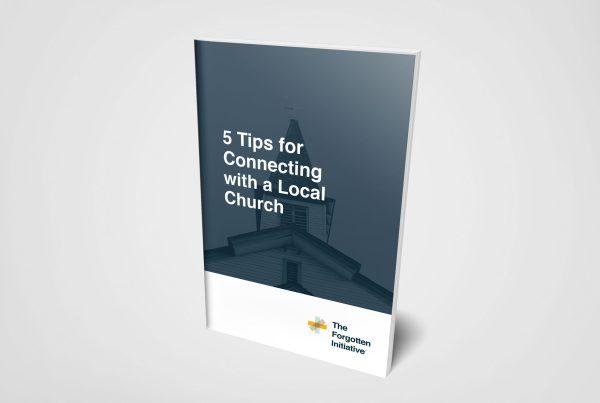 5 Tips for Connecting with a Local Church